Testers rarely think about the difference between average and high-quality tests. If the test case is good, then it is often unnoticeable. It even simply dissolves in the process of software verification. Testers remember it only when they find a bug in a system.

The following is an analysis of the top 7 obvious characteristics eloquently showing that your test is of high quality and reliable. So, such a test is:

Now, let’s take a look at these features in more detail.

Tests Are Suitable for Automation

Sometimes, you can see tests that are not fully automated. The most popular reason is that something is very complicated or almost impossible.

A Test Is Performed Regularly

The test does not crash unless the software has changed. Such a rule applies to the basics of original data generation. For example, we test the registration process for a new user. No doubt, if the system doesn’t generate the original email, such a test most likely won’t function on production.

A Test Ends with Validation

It’s true, except in situations where one should clear the information and perform some other processes. Completion by validation is the best for any test case functioning. Such allows you to make sure that the performed action actually passed correctly.

A Test Is Stable and Can Be Used in CI/CD

If your test suites regularly fail, they are not stable enough to be used with CI/CD. Because every other production company is trying to reach CI and CD, sometimes such tests are not only ineffective but even harmful. That’s because they take a lot of time and are not suitable for automatic use in CI anyway.

Tests are not created singly. Most often, it is the work of a group of people who also have to support them in the future. Any member of the project should understand the test structure quickly and easily enough. He/she doesn’t have to put in too much time and effort. Even if tests are created by one person, sometimes, it can be extremely difficult to understand what this test is responsible for (if it is not created specifically to make tests easier to understand).

Tests Function in Parallel and Nothing Crashes

Sooner or later, test runs will take a very long time. In turn, this leads to slow programming speed and causes the so-called “untested patch” effect.

It is worth thinking about parallel testing so that the checking process would run smoothly. If the tests are activated in parallel and they don’t connect, it automatically makes parallel execution an easy task of infrastructure debugging rather than a goal of rewriting test cases by all participants of the load testing company. 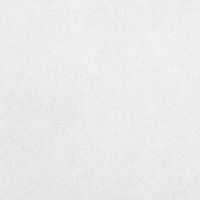 Nataliia Syvynska, a content writer in TestMatick, a software testing company that provides the full range of software testing services and QA outsourcing. She writes about up-to-date news and guides in the field of quality assurance.