What is Sanity Testing?

It is a kind of Software Testing to ensure the bugs are fixed and not have further issues due to the changes. It is a type of retesting to ascertain the changes or newly added functionalities work as expected. The process of sanity testing is not about detailed testing, it is to validate the functionality of the application. It is generally used for critical bug fixes. It is performed to ensure the working of new code modifications. The aim is not to verify the critical features of the application but is to validate whether the bugs are fixed or not. It usually performs after receiving a minor fix.

It is a kind of regression testing with a focus on a few impacted functionalities only.

How to do Sanity Testing?

It will be carried out whenever the tester receives a software build with minor issue fixes in code or functionality.

It is performed after successful regression testing. It doesn’t have any rules to carry out tests.

After successful sanity testing, the system can be passed for thorough testing.

Imagine a scenario of an application you have with multiple modules. You have a login page form that allows the user to enter the data and login in. Now there is a new requirement from the user which is to add the “Forgot Password” button in the login page that enables him to find or create his password again.

Read the difference between smoke vs sanity testing: 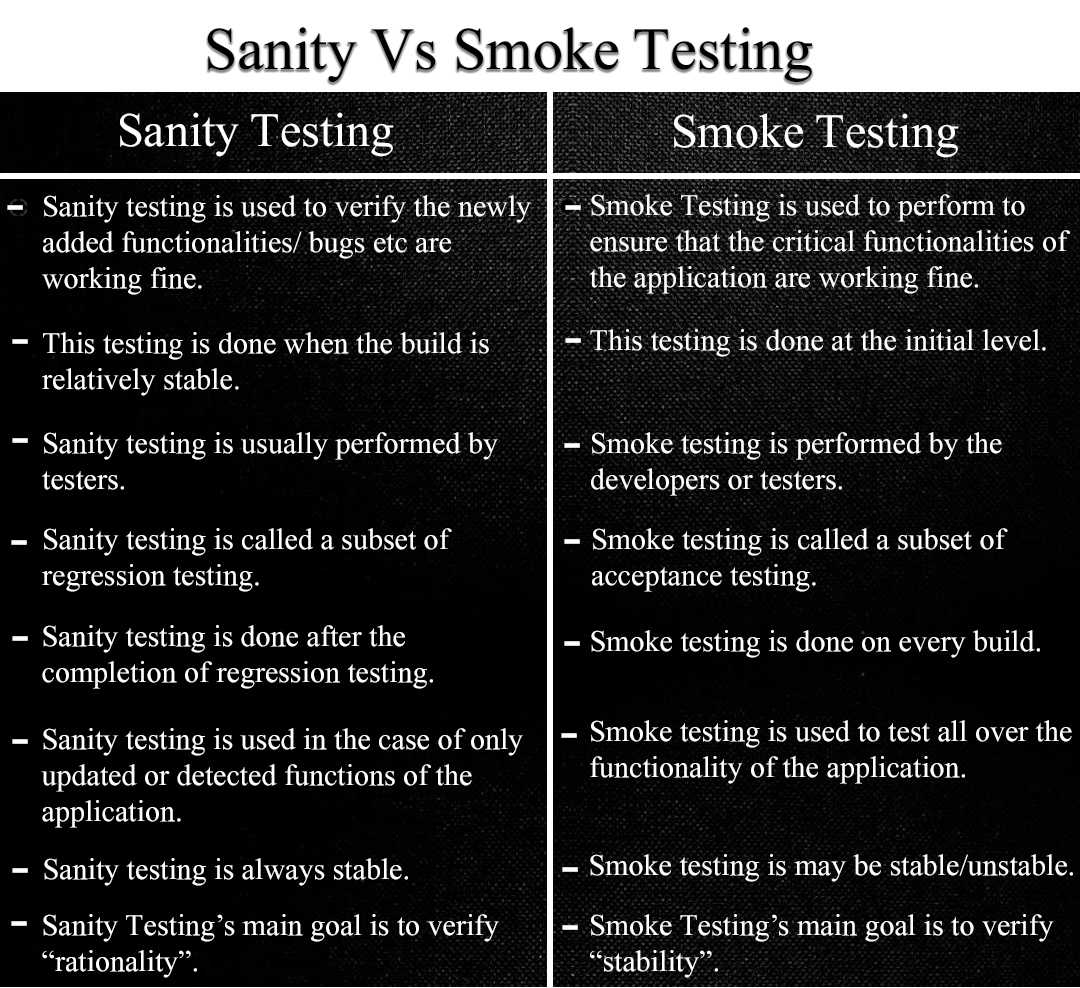 In Simple, Sanity testing is a checkpoint to determine if further testing can proceed or not.  It determines that the required functionalities work roughly as expected. Although testers use sanity testing as a decision criterion for accepting or rejecting the software. Sanity testing is important because it saves time if any issue is identified by checking it quickly.

In a nutshell, the main aim of sanity testing is to assure the functionality of the software even after many iterations of regression are carried out. Thus, it increases the confidence to release software.

What is Smoke Testing?

Risha works as a QA engineer at QACraft. She is a computer science engineer and has 1+ years of experience in manual and automation testing. In her free time, she loves to indulge in books and make paintings