What is Beta Testing?

Beta testing is also known as User Acceptance Testing. Which testing we were performed before the release of the software is Beta testing. It also performs end-to-end software testing and it is one type of silent testing. It is generally performed by real users. This testing was performed after the alpha testing. Beta testing is released to a restricted number of users to check the functionality, usability and accessibility, and more.

What are the features of Beta Testing?

Beta testing is done by the real user in the real environment. The Beta version is released for a limited number of users to test the product quality. It reduces the risk of failure and provides the quality of the product and it is final testing before shipping the product to the users.

Features of beta testing are:

What is a beta version of the software?

The beta version of the software is delivered to a restricted number of users to receive their feedback and guidance on quality gain. Here different two types of beta versions are available.

What is the Life Cycle of Beta Testing?

Beta testing is performed by the end-users and this process cannot execute without any plan. 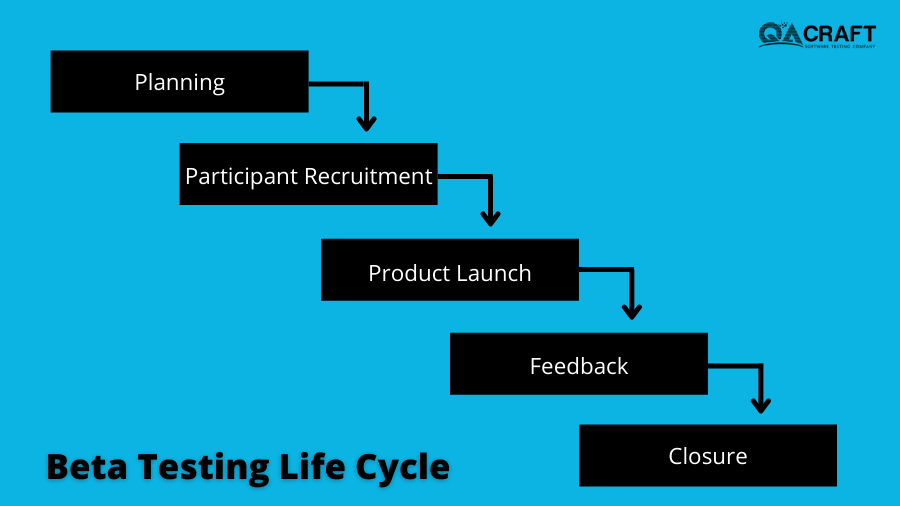 Follow the below steps for the process of beta testing:

What is a Beta Test plan?

Below is the describe the Beta test plan.

What are the advantages of Beta Testing?

Beta testing is done at the time of ending the software testing lifecycle. It suggests multiple advantages to testers, software developers, as well as users also. In service of this type of testing, it allows developers, testers to test the product before its release in the market.

Beta testing performed at the

What are the disadvantages of Beta Testing?

Disadvantages of beta testing are:

Beta Testing is one of the processes which permits the users to experience the product before its release into the market. Complete testing on various platforms and useful feedback from the real users finally results in successful Beta Testing of the Product and guarantees that the Customer is happy with its usage.

This approach is the better way to study the success of any product before its Production Launch.

1) What is Alpha Testing? – A Brief Guide

Twisa works as a Software Tester at QACraft. She is a Computer Engineer with a degree and she has 5+ years of experience in the QA field(Manual as well as Automation Testing). As an automation tester, she has good knowledge about Automation testing of web-based applications using selenium Webdriver. In her free time, she loves to explore new technologies.