Before we start automation testing vs manual testing, we should know what is testing?

Firstly, what is Testing? Testing is a process through which one can evaluate a system to find out whether it fulfils the specific requirements or not.

Testing plays a very vital role in achieving and accessing the quality of the software product or application as it executes the process to identify any gaps, errors, or missing requirements differing from the actual needs.

There are two types of testing through which software testing can achieve its bar. Software testing is categorized into two areas which are Automation testing and Manual Testing.

In the world of testing, it is important to know the difference between Automation and Manual to decide 3W(s) i.e. What, When, and Where to use.

So, everyone must have heard about the term “Automation testing and Manual Testing” but no one knows how the blues work in this pace of era.

Therefore, we are going to break down this blog. So, let’s have a brief look at the types of testing.

What is Automation Testing?

Automation Testing is the method of using tools, test scripts, and software that perform test cases. It runs the features along with coding the things we have written. It is a place where we can run the scenarios and it also helps us to differentiate between the actual and expected outcome.

Automated testing works as a helping hand to perform hundred(s) and thousand(s) of codes. Meaning; it makes the process of performing “repetitive” and “regression” testing easy to make sure that the software or application is running properly after the changes are implemented.

Moreover, this kind of testing is done by the computer itself, which checks 1000(s) of scenarios or test cases along with providing quality software to its users by identifying bugs beforehand.

What is Manual Testing?

The name itself suggests the meaning of the term. Where testing is done manually by humans it is called “Manual Testing”. Humans performing the tests are called “Testers” who perform manual testing to ensure that software or an application is working properly or not by referring to the test cases mentioned.

Manual testing does not seek the help of a computer or coding; hence, the tester should be having a proactive approach to the testing process. Manual testing can lead to high performance when the tester presents a multidimensional approach i.e. to check complicated scenarios.

Furthermore, manual testing should be given much more importance as it requires great effort and time, but it also forfeits the error found and makes the software bug-free. This is one of the tests in which there is no need for tools but mostly high-end techniques are needed.

The bottom line is, that for successful project completion testing is needed. It is very important to decide which testing should be used and when to use it according to the type of testing. Testers cannot solely rely on automation or a manual approach. To get the right results automated and manual testing should be used in the right manner. Picking up the right balance or approach would make the software or an application more fruitful. 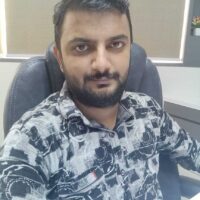 CEO at QACraft. He is an Automation QA Engineer with more than 8 years of hands-on experience in manual testing and building automation frameworks. Having very good command over Selenium Webdriver, C#, Java, Python, PyTest, Jenkins, TestNG, Maven, and many automation tools and technologies.

1 comment on “Automation Testing Vs Manual Testing: What is the Difference?”