In the world of software testing, it is common to hear people talk about simulators vs emulators as if the terms are synonymous.

To a certain amount, that makes sense. Simulators vs emulators are related in many ways, and the differences between them don’t always matter from the perspective of a test engineer.

A simulator is an environment that models but an emulator is one that duplicates the usage as on the original device or system. The simulator mimics the activity of the object that it is simulating.

What is an Emulator?

ISA is the set of guidelines that are written in Machine Language by each of the processor families, which they use to build their own device configuration depicting the functionality and behaviors of the device.
By converting the ISA of the target mobile device into your computer, you can mimic the action your target device works, creating a virtual environment for testing.

However, these near-native capabilities of the object mobile device, that facilitate you to adjust the physical sensors, geolocation, etc. come at the cost of latency.

Android emulator, Galaxy emulator, and iPhone emulator (which is the wrong name for iOS Simulator actually) are some of the extensively used emulators for software testing.

What is a Simulator?

A simulator is software that helps your computer run certain programs built for a different Operating System. They are mostly designed for iPhone and iPad devices, unlike Android devices that can be emulated easily.

The iOS simulators mimic iOS and run the appropriate application inside it, by sitting on top of the computer’s Operating System. But to run the iOS simulator, one demands to work on the macOS only, as it needs Apple’s native Cocoa API. This Cocoa API is necessary for the GUI, runtime, and many other operations.

This posture is an issue as developers have to either work on the MacBook or virtualize macOS on their existing systems.

What’s the Difference: Simulators vs Emulators

The main thing for simulators vs emulators is that the case remains that simulators and emulators are different beasts. If you want to produce the very most of each type of software testing tool, it is important to understand what causes simulators different from emulators, and why you choose to use one or the other.

Below is the difference between simulators vs emulators:

When to use Emulators

On the other hand, emulators are very useful when you need to test how software interacts with underlying hardware or a combination of hardware and software.

Do you want to know even if a firmware update will cause problems for your application? An emulator can help you encounter that out. Or maybe you need to know how your application executes using different types of CPUs or different memory allocations. These are also scenarios where emulators come at hand.

When to use Simulators

Commonly, simulators are best for software testing scenarios in which you are focused on making sure that an application executes as expected when interacting with external applications or environments.

For example, you may want to test an app’s ability to send data to other applications. A simulated environment will routinely satisfy this because the underlying hardware configuration is unlikely to have much of an impact on data transactions for your application. Similarly, if you want to make sure that an application’s interface displays accurately under different screen resolutions, simulated testing environments are convenient.

A simulator contributes a fast and easy way to set up a software environment for application testing aims without mimicking actual hardware. An emulator picks up things a step further by emulating software as well as hardware configurations. Both types of testing platforms are useful when you need to test code instantly across a large range of variations. But neither is an entire substitute for real-device testing, which you should also execute at critical points, such as just before the deliverance of software into production. 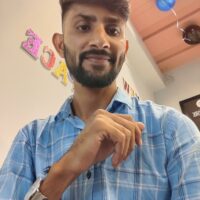