What is Black box Testing?

Black box testing is functional testing. It is used to make sure that software or application is working as per specification or not!!!!

It is a very simple testing process used in the initial phase of the software development process.

It is helpful for testing beginners to understand the QA process.

What is White Box Testing?

White box testing is code and structural testing. It helps to remove the extra lines of code and errors.

The primary goal of white-box testing is to test the flow of the software input and expected output.

What is gray box testing?

Testing is an integral part of the software development process. There are many types of the testing process. All types of testing are perfect for the specified requirement whether it is a Black box, White box, or Gray box.

‘Black box testing, White box testing, and Gray box testing’ are the same as us they have their own quality as well as positive and negative factors. 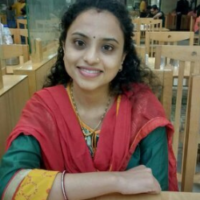 I am Priyanka Kantharia. I am working as a Software Test Engineer at QACraft. My Qualification is MCA. I have 2 years of working experience as a QA. My hobbies are watching movies, and listening music.