What is Game Testing?

The goal of Game Testing: To identify and discover bugs in the video game.

The statistic of the gaming industry worldwide is projected to hit around USD 300 billion or more by the year 2025 with the growth of revolutionary services such as mobile gaming and cloud gaming, as per a fresh GlobalData report. But, it is significant for gaming enterprises to not merely concentrate on new trends however also recognize the customer’s requirements. Delivering any gaming product with flaws will bring about disapproval from the audience, which in turn can result in a huge loss in unit sales.

Therefore, the most significant section of the development of any product is the testing phase and for gaming products, this is an important part of QC (quality control). The main purpose of game testing is to uncover any defects in the software. These kinds of defects are mainly called bugs. However, the team of game testers requires a superior level of technical knowledge counting analytical and evaluation skills, computing expertise, a certain amount of endurance, and patience.

The game testing techniques aim to detect the flaws and retain documentation of the software. It can be executed in six different ways that comprise:

Read the types of game testing in brief:

Perhaps, this kind of test is performed to verify whether the final product functions following all the specifications. The expert testing team mainly chases for the generic issues within the game or its UI, such as stability issues, game mechanic issues, audio-visual issues, and game asset integrity. Some of the crucial things that proficient QA testers consider while testing the interactive apps count performance issues such as progression blockages, crashing, and freezing. UI tests vitally aim at highlighting some important kinds of stuff, both the content and the graphical elements. Also, localization testing of the product must also be covered.

This is done for both mobile games and Personal Computer. In short, you test whether or not the game will work within the set of hardware needs. For instance, in mobile games, game testers mainly test whether the game will function appropriately on the varied sets of Android devices. They also execute testing to ensure whether the UI of the application will fit within the screen sizes of varied handsets. Besides, it also checks all the outputs as well as inputs of the game so you can get a transparent view related to varied conceivable combinations and results.

In normal scenarios, Ad hoc testing is often called ‘’general tests”. It is a less structured means of game tests and it is at random performed on any division of the gaming application. Precisely, there are two significant kinds of ad hoc tests. Ad-hoc testing works on the special method referred to as “error guessing” and necessitates no documentation or planning or procedure to be followed. As this sort of testing aims to identify defects or bugs in a random way, with no documentation, errors would not be mapped to test cases. Monkey testing, Pair testing, and Buddy testing are three significant types of Adhoc testing. The advantage of this kind of test is to find out hidden errors or bugs and make certain of the completeness of testing.

Tree testing is one of the most significant types of game testing methods similar to the usability tests that help manage the test cases and put together the exact choice of testing better suitable for a given series of code amendments. The great thing about this kind of test is that there is no need to prepare any content for tests as the same can be carried out using tasks (instructions) & trees (menu). On the other side, cleanroom testing aids to make certain the reliability & consistency of the gaming software. The purpose of conducting this test is to create a product with zero errors.

This type of testing is used to identify the application’s complete performance under real-time load as well as scenarios. The performance testing and load testing help to guarantee whether the current infrastructure enabling the smooth functioning of the game. Specifically, load testing is executed for testing whether the system or application functioning effectively under a load. This kind of test is mainly carried out to tune and optimize product speed. Network connectivity, graphic performance, processor & memory constraints, response time, and battery consumption are the vital parameters verified during performance tests.

A regression test is carried out to examine the functionality of the whole features of the gaming app. In this technique, test cases are re-checked to verify the functioning of the earlier app’s functions works fine and that fresh modifications have not introduced any vulnerabilities or bugs. The key purpose is to verify whether the functions of the game application functions perfectly, or verify whether any modifications have popped up any new flaws or caused any break. This is significant to manage the final product’s quality control and find out errors or bugs in the earlier phases of game product development.

The gaming industry is the front-runner in the most modern world. But, one must crucially realize the need to execute these tests as these types of tests can assist in fixing bugs and make life easier. 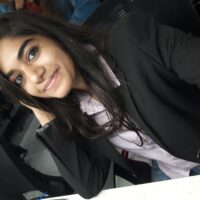 Dhvani works as an SEO and Content Strategist at QACraft. She is a Computer science engineer with a degree and has 5+ years of experience in SEO, SEM, SMM, SMO, Content marketing, Photoshop, etc. In her free time, she loves to play guitar and Car driving.